Expert Tips and Advice from Evergreen

Do You Have Fire Ants?

Do You Have Fire Ants?

If you step out onto the porch one morning and your lawn has become a minefield full of underground beasts, you’d best check to see if you’re dealing with fire ants. We’ll explain the distinguishing factors of a fire ant mound and even add a few more helpful tidbits. When you’re done, you’ll know for sure if you’re dealing with your own plague or something milder. 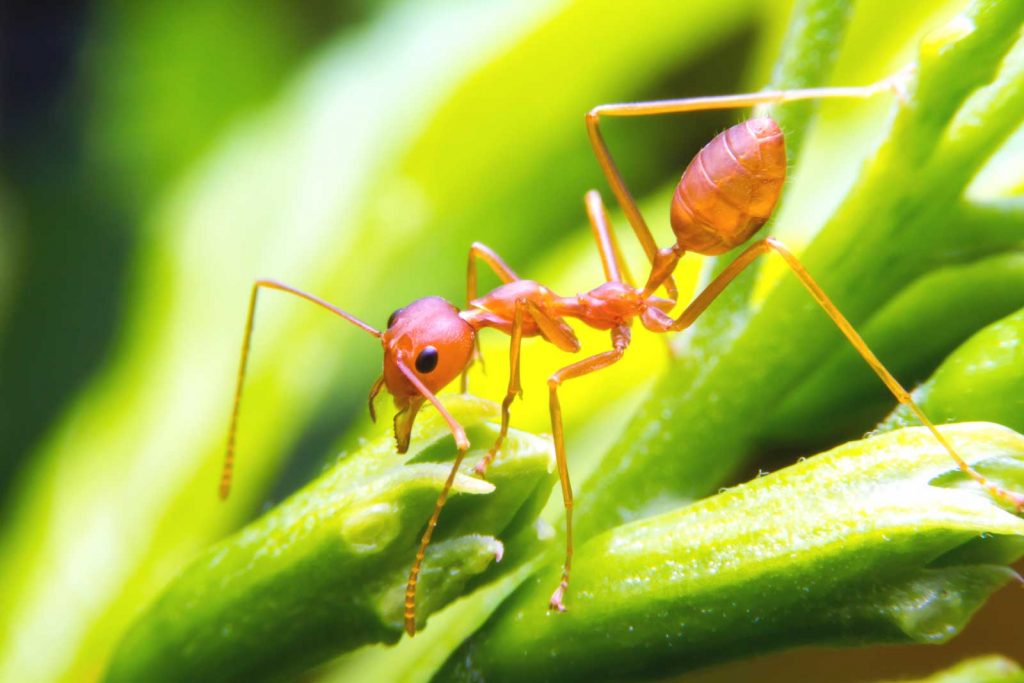 The mound has no opening in the center like most ant mounds. Red imported fire ants leave and enter the mound housing the colony through underground tunnels. This is perhaps the best way to decide if you have fire ants or not.  They create their mounds by “snowballing” material and pushing it to the top or by grasping larger obstacles individually and pulling them out. Consequently, fire ants are equipped to build colonies in basically any soil type. Undisturbed mounds can reach 18 inches in height, but most mounds in turfgrass areas are usually just a few inches tall.

Most Areas and Numbers

Fire ants prefer moist areas to build their mounds. And they don’t even need soil to do it. Cases of homeowners experiencing fire ants in their house are prime examples of how these beasts rely on moisture for survival. Outside, fire ants can build mounds anywhere, but they prefer open, sunny areas. They often build beside trees and water sources.

Did the mounds appear shortly after a rain? This is another telltale sign you might be dealing with fire ants. During hot and dry weather, the ants stay underground to remain cool. When it rains, the water pours into the colony’s tunnel, forcing the insects to come to the surface and resume mound building. One day you will see nothing out of the ordinary and the next you’ll wake to dozens of mounds throughout your yard.

Fire ants are notoriously aggressive. If their mound is disturbed, they will swarm to the surface from seemingly out of nowhere. Where other ants might scuttle away, if you disturb a fire ant mound, you’ll be faced with an army of very angry insects. They will climb vertical objects in swarms and attack whatever bothered their nest. When unearthing the ants’ home, you will also see the tunnels built into the dirt and small, white objects. These are the ants’ brood, the larvae, pupae, and eggs.

If you are unfortunate enough to get stung by fire ants, you’ll know the pain they cause. The initial “bite” will feel like an intense pinch. Next, victims will experience itching or burning around the area. A day or so later, the imported fire ant’s unique venom forms a white fluid filled pustule or blister at the red sting site that is very characteristic – only fire ant venom causes this symptom!

Fire ants have a similar appearance to other insects, and contrary to popular belief, not all fire ants are red. Many are black.  Fire ants are small, only about 1/8″ to 1/4″ long. Variation in size is a distinguishing characteristic of imported fire ants. Many other ant species are uniform in size.   However, it’s always a good idea to get the ant identified by a professional.

Do you have fire ants? If you live in Texas then probably so.  Let Evergreen solve your Fire Ant problem once and for all.  Contact us today!